Recently Brinno’s Time Lapse Cameras have been gaining recognition and popularity among film industry professionals. San Andreas is a 2015 American disaster film directed by Brad Peyton. It has a great cast and outstanding special effects. The photographer, Jacinta Leong, found an incredible opportunity to document her work by using the Brinno BCC200 as well as sharing it with the world.

Jacinta Leong is a freelancing feature film art director. In addition, she is known for such films as ‘The Matrix’, ‘Star Wars Movies’, ‘The Great Gatsby’, and of course ‘San Andreas’. She filmed the “San Andreas Movie – Set Construction Time Lapse” for documentation of her crew’s beautifully done creation and bring it on YouTube.

Jacinta has worked at Village Roadshow Studios and Fox Studios in the art department. “I enjoy time lapse photography because it shows processes in a short video.” She says. More importantly, she thinks the collaboration between departments was so much that for everyone to appreciate the amount of work during it.

The film set construction was documented with five of the BCC200 Construction Camera. The Brinno BCC200 is a powerful time lapse camera that turns your experience into a short video. The best battery life ever on a time-lapse camera. Immersive HDR Sensor and the 112-degree wide angle lens. Mount the BCC200 to the strongest industrial-grade clamp and get that perfect shot from the best-possible angle. Splash and weather resistance. And it tells your story better.
Check out the product website: http://brinno.com/construction-camera/BCC200 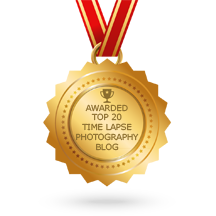